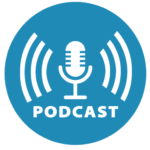 For their Practicum in Education Policy course, Adam Gottlieb and Caroline Kohler, created the podcast, Non-Cents and Sensibility when they found out that they both had similar interests. The team described the podcast as an overview of the various funding barriers that exist with charter schools from pre-kindergarten up to college readiness. Adam and Caroline explored the issues that schools encounter in funding and how finances play a larger role in schools than some may think.

Non-Cents and Sensibility is a six-part series that lasts about an hour in total. While it’s focus is on school funding, both Adam and Caroline say it offers insight into general experiences in education at charter schools. When they were asked how they came up with the project, they both described their personal interests and how those interests coalesced under the overarching theme of school funding and finances. 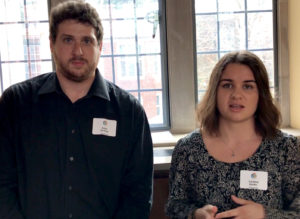 Caroline was interested in pre-kindergarten education and access to pre-kindergarten, noting that funding can play a role in whether or not a system offers pre-kindergarten support. Adam’s interests were rooted in financing of education from early childhood up to higher education. Therefore, they both decided to work together to take a look at school funding more closely, and they developed Non-Cents and Sensibility.

When Adam and Caroline were asked about what they learned, they pointed out that they interviewed and communicated with individuals in charter school systems in Los Angeles and Boston, and what they saw was that there were similar themes emerging regarding school funding and community involvement in these systems even though they were across the country from one another. Both Adam and Caroline encourage anyone interested in how schools are funded and who funds them to check out their podcast.