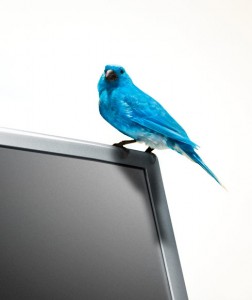 If you’re skeptical about the value of Twitter as a social networking platform, James Lang’s latest Chronicle of Higher Education column, “Using Twitter to Talk about Teaching,” is worth a read. Lang was skeptical of Twitter at first, but he has now embraced it as a source of ongoing professional development. Lang writes:

What enticed me was the increasing awareness that folks in the teaching and learning world… were using Twitter to keep one another informed about new pedagogical tools, new print and multimedia resources, upcoming conferences or deadlines, and more. It seemed like I was missing out on a vibrant conversation, and I wanted to join in.

Full disclosure time: I’m quoted several times in Lang’s column. He contacted me last month and asked me to talk about how and why I used Twitter. I was honored to be asked and to contribute to his column. Doing so was also a bit of payback: I interviewed Lang way back in 2008 for the fifth episode of the Center for Teaching podcast!

If you’re using Twitter as part of your personal learning network or as part of your teaching, I would love to hear about it. And if you’re new to Twitter and would like to talk about ways to use it effectively, particularly in your teaching, I would be glad to help. You can follow me on Twitter (@derekbruff) as well as the CFT (@vandycft). And don’t forget to follow James Lang! His Twitter handle is @LangOnCourse.

For a few more tips for getting the most out of Twitter, see today’s post over on my personal blog, Agile Learning.