Getting to Know Coursera: Who is everyone?

Posted by Rhett Mcdaniel on Wednesday, February 20, 2013 in Commentary.

In our blog posts up to now, we’ve taken a descriptive approach to look at what Coursera does and how they do it.  Today, we’re going to turn our attention to a different aspect of the Coursera platform that, I would argue, is no less important: the question of access and exclusion. 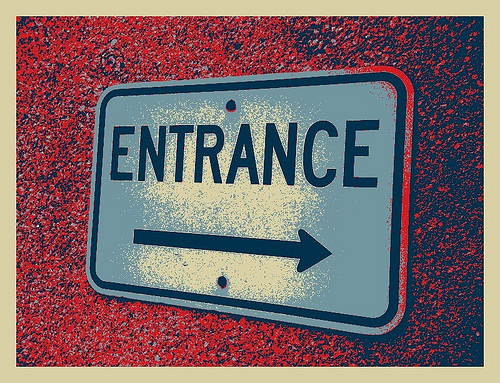 we hope to give everyone access to the world-class education that has so far been available only to a select few. We want to empower people with education that will improve their lives, the lives of their families, and the communities they live in.

And this certainly was the message repeated by Daphne Koller in her October talk at Vanderbilt, “The Online Revolution: Education for Everyone.”  Now, as the title might already indicate, Koller’s talk didn’t exactly aim at rhetorical subtlety.  I say this not to denigrate the importance of access, education, and social change, but rather to unpack how Koller, and Coursera, deftly appropriate these terms to the project of a for-profit online start-up.

“History won’t get you a job,” Koller said in her talk, as if this were a self-evident truth.  Clearly an aside—a kind of throw-away moment for a laugh in an auditorium filled with computer scientists and engineers—her statement nonetheless rankled with me.

As someone who studies German—perhaps arguably less useful than history—I’m hardly unfamiliar with the struggle to find a job.  After all, at around 40 years old the academic job crisis in the humanities is older than I am.  But I also recognize the privilege inherent in pursuing a field that provides little straightforward career trajectory or job security.  It is the lot I have been able to choose.

Yet, I would argue that Koller’s comment nonetheless belies a certain myopic perspective, a certain pedagogical parochialism, which should give us pause from the co-founder of a company whose mission claims “to empower people with education.”  And not only because Coursera continues to expand their offerings in the social sciences and the humanities.  But also because what I take her statement to mean is that history won’t get you a job in Computer Science.

Well, no.  But history might very well get you a job as a history teacher, a curator, archivist, journalist, or librarian; as a lawyer, or at an NGO; even politicians—Woodrow Wilson springs to mind—have occasionally found history to be a worthwhile discipline. 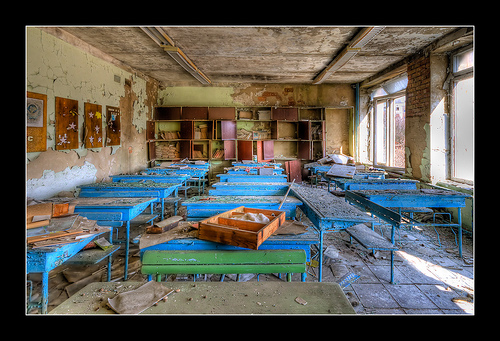 And here we’re getting at a bothersome tension.  In her talk, Koller boldly claimed the “online revolution” for Coursera, in the name of the people—“The Online Revolution: Education for Everyone,” let us remember—without first carefully defining her terms.  Who is included in everyone?  And what is education?  Is it revolution and empowerment?  Or is it job training?

For many people these are one in the same.  Education and job skills, especially among disenfranchised populations, are powerful agents for personal and social change.  But are those most desperately in need of education, those systematically, structurally excluded and marginalized—that is, those for whom education would be truly revolutionary—really Coursera’s main audience?

Initial demographic data would appear to suggest not.  The sample is small, reflecting demographic data from two courses: Andrew Ng’s “Machine Learning” (reported in June 2012) and Tucker Balch’s “Computational Investing, Part I” (reported in January 2013).  And while it may be assumed that these courses would draw a more highly educated crowd, the data is disheartening.

“Among 14,045 students in the Machine Learning course who responded to a demographic survey,” Inside Higher Ed reports,

Many were enrolled in some kind of traditional postsecondary education. Nearly 20 percent were graduate students, and another 11.6 percent were undergraduates. The remaining registrants were either unemployed (3.5 percent), employed somewhere other than the tech industry (2.5 percent), enrolled in a K-12 school (1 percent), or “other” (11.5 percent).

So who is Coursera really reaching?

Let’s consider this most basic question of access, the one Coursera claims to address.  When we look closely, access to Coursera is not really free, or open to all.  It depends upon a system of privilege differently calibrated, though no less decisive, than that limiting access to higher education.

Coursera courses require access not only to a computer and a reliable, fast internet connection, but also presupposes less tangible facilities like advanced literacy, proficiency in English, familiarity with western academic standards (including standards of discourse), to say nothing of study, composition, and communication skills.  Above all, courses, whether online or in person, require the luxury of time, space, and quiet to devote to study.  (Not for nothing did Virginia Woolf advocate “A Room of One’s Own.”)

Looked at in this way, the bar for access is really quite high.  And in light of recent estimates that more than one third of the world population survives on something like $2 a day, Koller’s suggestion of monetization through certification—the current model for fee-based course options quotes fees between $30 and $100—will only further exclude those with neither access nor means nor power.

And given this reality, it felt oddly out of place for Koller to open her talk with an emotional and specious historical argument about the legacy of Apartheid in South Africa.  The story of a woman trampled to death while attempting to enroll her son at the University of Johannesburg powerfully demonstrates the dire need for educational access across the world.  But Koller failed to situate this anecdote within the complex, and uncomfortable, history of Apartheid or even within the myriad structural impediments to change that continue to inform (if not outright perpetuate) asymmetrical systems of access and privilege.  Even, or perhaps especially, online.  And not just in South Africa, but everywhere.

As Wendy Chun reminded us in her talk “The Dark Side of the Digital Humanities,” presented at the 2013 MLA convention:

I also want to stress that my sympathetic critique is not aimed at the humanities, but at the general euphoria surrounding technology and education. That is, it takes aim at the larger project of rewriting political and pedagogical problems into technological ones, into problems that technology can fix. This rewriting ranges from the idea that MOOCs, rather than a serious public commitment to education, can solve the problem of the spiraling cost of education (MOOCs that enroll, but don’t graduate; MOOCs that miss the point of what we do, for when lectures work, they work because they create communities, because they are, to use Benedict Anderson’s phrase, “extraordinary mass ceremonies”) to the blind embrace of technical skills.

So perhaps it is time for us to begin a conversation about these issues—political and pedagogical—and how education online might more meaningfully intervene to foster real, radical change.  Of course, there is no single answer.  And Coursera, or MOOCs in general, cannot be expected to fix the daunting problems faced by higher education as a whole.

But what if Koller and her colleagues use the visibility of their platform to forge links with those communities typically excluded, even in Coursera?  What if they modified their monetization strategies to facilitate, not impede, community outreach?  Could they bring Coursera to community centers, struggling public high schools, Big Brother and Big Sister programs, prisons, or treatment facilities?

After all, if Coursera truly wants to revolutionize education for everyone, they will have to develop a more inclusive definition of “everyone” to include those who are often invisible in higher education.

In our next post, we’ll continue the conversation about access and privilege with a look at race and gender in Coursera.