From a Student’s View: Solving a Campus Navigation Challenge

Today’s post is part of our “Students as Producers” theme year, as well as our irregular “From a Student’s View” blog series. 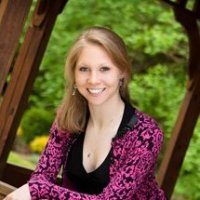 Allanah Jackson is a Peabody sophomore who had the opportunity last spring to be a “producer” in her Human and Organizational Development (HOD) 1100 class, taught by HOD assistant clinical professor Brian Griffith. As team leader, Allanah worked with seven other students to select a project in which they could identify and analyze a problem, plan a solution, and execute that solution. This group of students decided to combat the confusing layout of Stevenson Center by creating navigational signs to help direct people to their destinations.

I learned about Allanah’s project from a recent Vanderbilt Hustler article. I asked Allanah to reflect (via email) on her experiences in this kind of “students as producers” course.

What was the assignment for this project? What sort of objectives did you have to meet?

The assignment for this project was to work in a group and find a problem on campus and come up with a solution. In order to complete this project to full satisfaction, we took our project in five steps: defining our problem, analyzing what that problems means, planning a solution, executing the solution, and evaluating the work we did.

What is challenging about this type of assignment?

This project can be deemed challenging on several levels. First and foremost, this is one of the first student groups anyone on my team was involved with at Vanderbilt. Being high achievers, many of us had hated being in team projects in high school. So not only was this project going to take up a lot of time, but none of us were extremely keen on doing it. However, this attitude definitely changed as the project went on.

One challenging aspect of the actual project was that no one knew anything about the Stevenson Center and so in the beginning we were going in circles just trying to figure out who to contact about the building. Once that was done, we still had to find a way to get maps of the Stevenson Center that would show which levels connected. Apparently no one had this, so my team ended up having to walk through the building “coding elevation” ourselves. We each spent about 20 hours wandering the halls of Stevenson so that we could become experts and make the best signs. 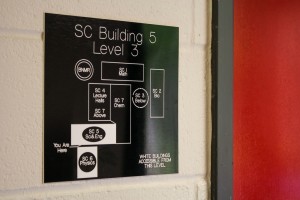 How do you deal with the numerous directions this sort of assignment can go given its open-ended nature?

At first we were really set on doing an online roster system. We thought it would be a great way to foster community and actually get people to know others in their class but also allow people to start forming study groups. After working on this for around two weeks, we realized the feasibility of this project given our time line was not possible. We had to quickly rally behind this new idea, which at first, admittedly, seemed rather simple and unexciting. The best part of the openness is that our possibilities were limitless.

In order to keep on track we had to be very organized, communicate effectively, have the right team dynamic, have each group member working on the right task, and trust each other. Our team was split into two subgroups, each reporting to me. Every weekly meeting we would update the entire group on the progress each subgroup had made and talk about our task and goals for the next week. Everyone on my team gave me their utmost respect and trust, for even though they weren’t always aware of what the other group was doing/or if they were on track, they knew that I knew and trusted me to do what needed to be done. They were also great at coming to me with problems and letting me know if they were feeling stressed so that we could figure out a task that would not add extra stress for that week. 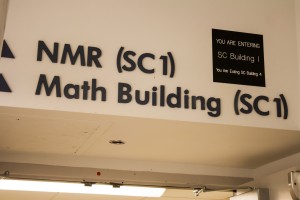 How do you think an open-ended assignment like this one changes a course?

During the project, I think it is very easy to become frustrated. Although my team functioned and loved as a family, we still knew that we would only be getting 25% of our grade from this. However, that’s not what mattered to us, and as long as we kept remembering the following mission we were okay: we want to create something that will leave a lasting impact on the Vanderbilt community.

This open-ended assignment really allows you to test first hand all the material you are learning in class. It makes the class a lot more worthwhile and practical. But it also gives you the ability to be creative and think outside of the box, if you are willing to work. No one is tells you what the problem is, you get to discover that for yourself. I personally think it would be amazing if all Vanderbilt students could do something like this. 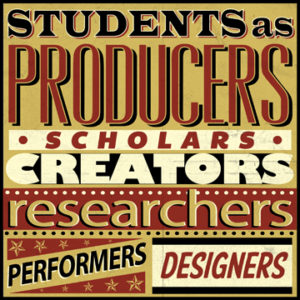 Any other thoughts on this experience?

We never imagined how big this project would turn. Many past groups focused on awareness of voting, meal plan options, etc. I think what really set us apart, even though we didn’t know this at the beginning, is we opened our doors to a wider market by moving off the Commons. We also took a risk by taking on a project we had virtually no clue how to solve. But along the way, the outcome became pretty powerful. We started off with true desire to help others, the knowledge some of us more personal than others (having been lost in Stevenson on several accounts. One of our group members even dropped a class because he didn’t want to have to go Stevenson every day and try to figure out where his classroom was), and what came out was something much greater than any of us.

This wasn’t the only Peabody course of Allanah’s that has involved doing good outside the course. Allanah recently learned that a proposal she wrote as part of a class with Professor of Education Joe Murphy has been accepted for presentation at the National Association for Education of Homeless Children and Youth 2013 conference. Allanah is seeking to develop a homeless mentoring program, ZooMates, founded in her hometown of Cincinnati, into a national program.

Tags: From a Student's View, Social Sciences, Students as Producers