Teaching Innovations at Vanderbilt: Christin Essin and Learning through Theatre 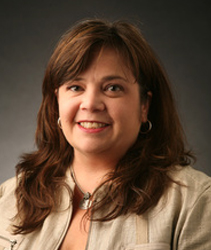 I’ve never been quite so disappointed to have missed a play as when I learned about the process behind the making of Bowling for Beginners from Dr. Christin Essin. The play kicked off the fall season of Vanderbilt University Theatre in early October and I unfortunately never got around to Neely to watch it. Now, after talking with Essin about how she helped bring it to life through teaching THTR 1010: Theatre and Culture, I wish I had.

THTR 1010 is an introductory class that teaches the roles played by theatre and performance in contemporary culture; some students have been involved in theatre before and others have no experience with it. One of the concepts that Essin teaches in class is performance ethnography, where interviews and interactions with a community are then performed on stage.

Essin sees this as an amazing learning opportunity, where students can directly take theatre concepts into the community and bring the voice of the community back to the theatre.  The idea of using ethnographic interviews to build a bigger performance had been percolating since Essin began teaching the course several years ago. Inspired by her time as a Junior Faculty Teaching Fellow at the CFT as well as the interactions she had with students in her classes, Essin decided to tell the story of female athletes on Vanderbilt’s campus.

Following the Championship win by Vanderbilt’s Women’s bowling team in spring 2018, Essin had students in her Fall 2018 course go out and conduct interviews with their friends, student-athletes, and others. Students transcribed and edited their interviews to shed light on what it means to be a female athlete in a sport that doesn’t receive the same amount of attention as, say, the men’s baseball or basketball team. Funded by a Sports and Society Initiative grant, Essin hired a professional playwright, Diana Grisanti, to create a script from the students’ interviews. At the end of the semester, Essin’s students applied the skills they had developed during the course to analyze the script, interacting with the product of their work.

For Essin, that was her best semester of THTR 1010. She said that student evaluations also suggested that the students got a lot out of the experience. In Spring 2019, Essin did a reading of the play in front of past and current THTR 1010 students as well as faculty from other SEC schools like LSU. The play was then selected to be a part of the line-up of Vanderbilt’s Fall 2019 season, and it will continue to be performed in the future at other locations.

Students have been involved in all parts of the process, with some students from Essin’s Fall 2019 class also being a part of the reading and performing in the play. While I wasn’t able to attend the play, I’ve heard good stuff from other students about it. Essin plans to do this again next fall, having her class examine the concept of spectatorship.

Although not all professors can have their students help create a play, Essin’s work highlights several approaches that are translatable to other courses. First, the students’ course projects were the basis for a work that would have a life beyond the classroom. Second, the “problem” the students—how to tell the story of the championship bowling team—was open-ended and didn’t have a set, known answer. Third, Essin was inspired by the real students in her classes and encouraged them to draw on their diverse backgrounds to contribute to the course. It’s an inspiring and exciting example of a students-as-producers project that brought real value to the students in the course, Dr. Essin as the instructor, and the campus as a whole.