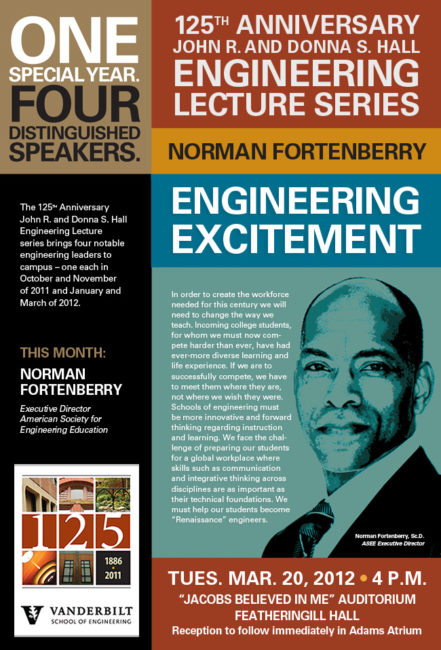 Norman Fortenberry, executive director of the American Society for Engineering Education, will deliver a lecture titled “Engineering Excitement” Tuesday, March 20, 2012 at 4 p.m. in Jacobs Believed In Me Auditorium, Featheringill Hall. A reception in Adams Atrium follows the lecture.

The lecture is the final lecture scheduled to mark the School of Engineering’s 125th anniversary in 2011-2012. The school’s annual distinguished lecture — The John R. and Donna S. Hall Engineering Lecture — has been expanded into a special series bringing four notable engineering leaders to campus, one each in October, November, January and March.

This event is free and open to the public. Find out more information on the Vanderbilt University Calendar of Events.