Posted by Rhett Mcdaniel on Thursday, September 19, 2013 in Commentary, News. 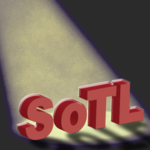 Nancy is the author of a variety of SoTL articles and book chapters, as well as co-editor of two books on signature pedagogies and co-editor of Teaching & Learning Inquiry, the official journal of the International Society for the Scholarship of Teaching and Learning (ISSOTL), with the Center for Teaching as its Editorial Office. “SoTL Spotlight” is her ongoing feature on the CFT website.

The second issue of Teaching & Learning Inquiry has just been published. It’s a special issue entitled “Writing without Borders: 2013 International Writing Collaborative,” the end product of a year-long project led by guest editors Beth Marquis and Mick Healey.  Beth, Mick, and their late colleague Sue Vajoczki issued an international call for authors and, from that pool, selected 70 people from across the globe to form collaborative writing groups.  For months, these authors worked at a great distance from each other to conceptualize and plan an article about the scholarship of teaching and learning (SoTL), and then they gathered in person immediately before the October 2012 ISSOTL conference in Canada.  (See my reflections on this gathering in a blog post.)  For these three days, the groups of eight crystallized their plans and began drafting together.  On January 1, 2013, they submitted their collaboratively written essays to TLI, and my co-editor Gary Poole (Psychology, University of British Columbia) and I are thrilled to see its release this week. 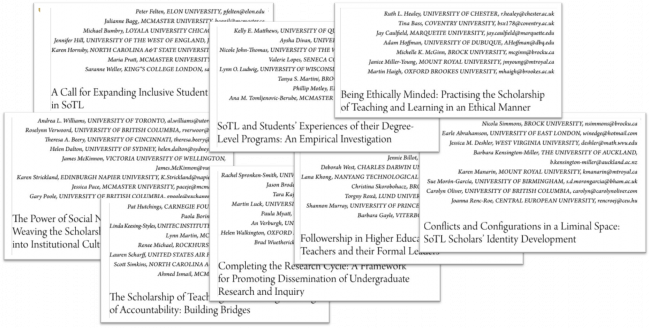 The essays in this issue address the following topics–again, authored by collaborative writing groups from across the globe:

Gary,current  Editorial Manager Bernadette Doykos (2013-14 CFT Graduate Teaching Fellow, Human & Organizational Development), and I are now working through the manuscript reviews for the next issue, due out in March, 2014.  The deadline for the issue after that is January 1.