Teaching, Difference, and Power—with Our Language

Posted by Rhett Mcdaniel on Friday, September 12, 2014 in Commentary. 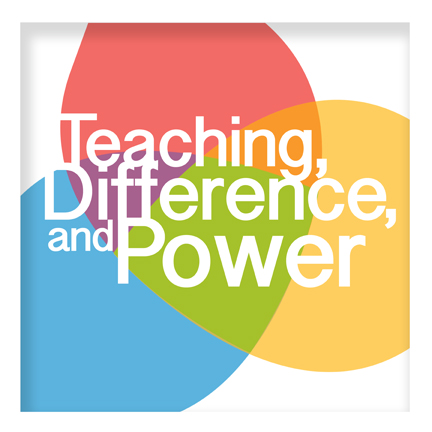 I’ve been thinking about the role of language in the CFT’s theme of “Teaching, Difference, and Power.”  During the first semester of my first faculty position, fresh out of graduate school, I spoke the language of my dissertation. Beautiful (to me) multisyllabic terms, an elegant (to me) theoretical framework for my entire world view, references to the authors and thinkers I admired most, and allusions to historical and cultural details I determined to be significant.  I’d been immersed in those words, ideas, and moves for months—years, even, if you include the gradual emergence of a specialization.

One day, I was chatting with the dean, and he encouraged me to reconsider how I (try to) communicate with my students and my colleagues in areas outside of my own–and not just across disciplines but also in different specializations within my field. I was stunned. While elements of this conversation were troubling to me then and now, I started noticing how others in this context were (and weren’t) communicating with each other. In retrospect, I’m grateful for his challenge.

I looked around at the colleagues I interacted with most: they were from English (my field), geography, biology, history, and communication studies. My English colleagues were, however, specialists in composition or 18th century poetry or medieval literature or postmodernism.  I looked around at the students I interacted with in class and in campus organizations:  they were from local farms, small towns, or the reservation.  They were younger and older than I, working anywhere from 15 to 40+ hour-a-week jobs off campus. Some drove an hour or more to get to campus each day. Many were far from naming a major.  My dean’s question was spot on.  What was I communicating to the people around me through my language? From that day on, I became mindful of how I talked with those around me.

While preparing for today’s Teaching. Writing. Learning. Institute, I revisited Linda Flower’s classic essay, “Writer-Based Prose: A Cognitive Basis for Problems in Writing” (1979).  She describes the structures and functions of what she calls “writer-based prose,” or language that

It’s the adult version of Vgotsky’s “inner speech” or Piaget’s “egocentric speech”—not a value judgment, but the notion that this language is for the writer/speaker. It helps the writer/speaker generate initial ideas and explanations but is not yet clearly articulated for anyone but the writer/speaker, a “medium for thinking” more than communicating (27).  Flower says this helps explain “why people, who can express themselves in complex and highly intelligible modes, are often obscure” (22), such as when we use “code words, condensing a wealth of meaning in an apparently innocuous word” (32).

Flower is careful to defend the value of this language as a “major, functional stage in the composing process,” “a tapline to the rich sources of episodic memory,” and a “way to deal with the overload that writing often imposes on short term memory” (34).  Dawn Skorczewski says something similar about students’ use of clichés in “Everybody Has Their Own Ideas’: Responding to Cliché in Student Writing” (2000).  Rather than a lazy, generic expression of a flip thought, clichés are sometimes markers of striving for complex meanings without yet having the language to express such complexities. 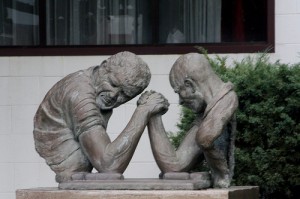 effectively convey the intended meaning or meet the needs of the reader/listener, and in recalling the conversation with my dean some 16 years ago, I realized that these issues are also about power and difference. When we use writer-based speech or prose, we hold the power of meaning and withhold it from others, who lack access to our “internal monologue.” We establish a hierarchical gap–a problematic one–in knowledge between us and our audience. Our thinking is complex (in the best of ways), but our words are just complicated. We express ourselves, but not in a way that others will understand or build on, respond to, or otherwise process. We inhibit the authentic and open discussion that involves the back-and-forth, layered interactions of speaking, listening, understanding, and responding.

Add the phenomenon of the imposter syndrome to this powerlessness of not being fully welcomed into the full meaning of a conversation, and classroom contexts already rife with complex power dynamics become even more stratified. This mix would exacerbate those anxieties about being “the only one who doesn’t understand” and serve as proof that one doesn’t “belong here.”  If we attempt to communicate using writer-based language, we hold others at a distance, ensuring that they will not understand us and suggesting that we don’t care.

The conversation with my former dean, troubling as it was, taught me to always ask if my language is inclusive in the sense that it invites understanding, or if it requires access to my local, idiosyncratic, and personal meaning-making.

Our language has power. I challenge all of us to pay attention this week to the language we use with our colleagues and, more importantly, with our students. Do we want them to understand, build on, and integrate into their own understandings, or do we want them to feel lost, lesser than, and unwelcome?